Yang Shaojun, General Manager of Wafer Systems (Xi’an) Software Co., Ltd. , shared his views on the mobile strategies that enterprises would make in the future in response to the trend of the mobile Internet. Jiao Jian, After-Sales Manager of Wafer Systems, interacted with the participants through typical O2O cases, delivering a deeper understanding of the degree to which the mobile Internet triggers the innovation of traditional enterprises in their marketing models.

In addition, Sun Wei, Technical Director of Cisco Northern Region, and Zhang Chao, IT Director of Zhong Lun Law Firm, were invited to have a top dialogue with Yang Shaojun, General Manager of Wafer Systems (Xi’an) Software Co., Ltd., exchanging their valuable experiences in the mobile Internet, which was highly received by the participating guests. 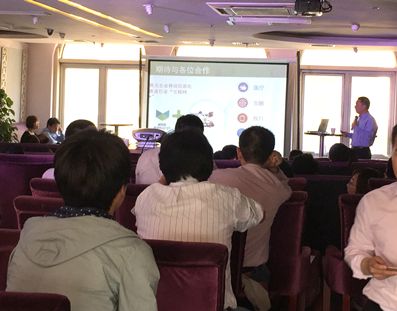